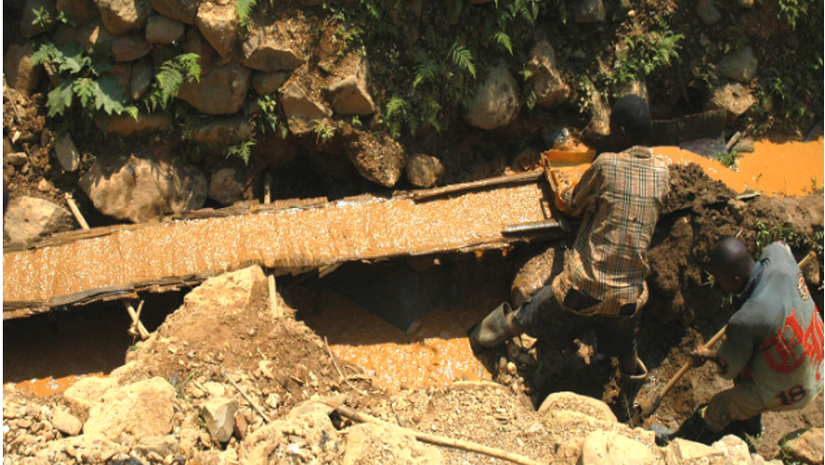 The purpose of this research study is to analyze, from the viewpoint of affected communities and agricultural households, how artisanal mining has shaped agriculture and agricultural livelihoods over the last two decades using case studies. The research is expected to contribute to existing knowledge in the area of extractivism and rural agricultural livelihoods which are thematic areas within the ICDD research agenda. This study which will draw largely from case studies would provide an adequate basis for further larger research into the area for the purpose of generalization across all mining areas in Ghana. Thus, the outcome of this research can be used to source larger funding for expanded research work in this same thematic area.

Ghana is the second-largest producer of gold in Africa, with gold mining in the country dating back several centuries. However, the early 1970s saw the near-collapse of the mining industry with mineral output and revenue dipping considerably. By the early 1980s, Ghana had opted for a World Bank/IMF inspired Structural Adjustment Programme (SAP) which prescribed neo-liberal free-market reforms, far-reaching mining policy reforms were enacted that re-positioned the sub-sector strategically for Foreign Direct Investment (FDI) in-flows, thereby ushering Ghana into a multinational corporate-driven gold rush. A spillover effect of the rush has been the proliferation of small scale or artisanal mining activities popularly known as “galamsey” Mining by indigenous people employing very rudimentary methods dates several centuries back and long before the advent of Europeans and the subsequent colonization of these territories.

In Ghana, mineral production especially gold and diamonds were solely in the hands of small-scale miners until the early 20th century when the colonial government through legislation placed a ban on it. This was, soon after the British colonial government ushered in the first industrial/commercial mine in Obuasi in 1896 owned by Lohnro. The ban which was to forestall the drift of labour needed for the industrial/commercial mines remained in force even after independence prompting artisanal mining to go underground. As part of mining sector reforms, the government of Ghana. In 1989 passed a new law, the Small-Scale Gold Mining Law, 1989 (PNDCL 218) to legalize the sub-sector. The regularization has brought in its wake a massive and unprecedented influx of people into the artisanal gold mining sector all in search of gold.

The boom in artisanal mining has occasioned very mixed results. On one hand, galamsey as it is known has created massive employment - both direct and indirect for the youth. At least half a million people across Ghana may be directly or indirectly involved in the trade. Galamsey has provided a boost for local and rural economies and has led to wealth creation in typical rural communities and had slowed down rural-urban migration in gold mining areas.

On the other hand, however, galamsey is responsible for extensive and indiscriminate land alienation, widespread environmental degradation and pollution and the disruption of rural agriculture, which remains the mainstay of the rural economy. Rural agriculture is not only threatened by the loss of land through indiscriminate surface mining and subsequent land degradation but also and largely through the shift of labor away from agriculture to artisanal mining; with dire consequences for food production and food security in the mining areas. There is evidence to suggest that typical mining areas in Ghana have been mired in a food paradox scenario (Agbesinyale, 2003) as rural productive assets like land and fertile soils have lost their worth.

The purpose of this research study is to analyze, from the viewpoint of affected communities and agricultural households, how artisanal mining has shaped agriculture and agricultural livelihoods over the period using case studies.