The city of Kassel combines urban culture and pure nature: museums, art, culture, sports and leisure activities, mountains, lakes and forests as far as the eye can see. At the same time, Kassel is well-connected to Berlin and Munich, the Rhine region, Hamburg and the Ruhr region.

Anyone coming to Kassel as a scientist or student soon learns to appreciate the special qualities of the city. Kassel is home to approximately 200,000 people and looks back on a turbulent thousand-year history. Kassel is culturally significant as the former residence of “Landgrafs”, a title of nobility unique to German history that best translates as Count or Duke.  It was during this period that Europe´s first theatre was built here.  After a later period of industrialisation and urban expansion, the city centre was almost totally destroyed in the Second World War. 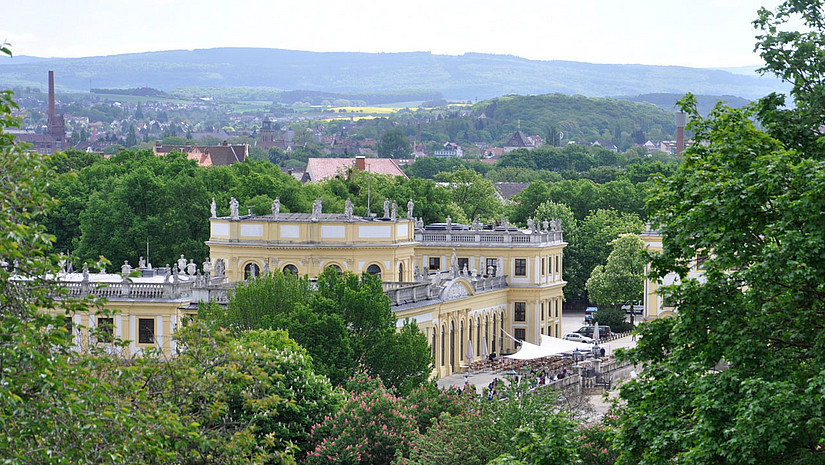 After the war, they city centre as well as much of the city was rebuilt in a deliberately modern, 1950s style; Kassel was then forced to the geographical periphery as a result of the post-war division of Germany. Only with German reunification did Kassel and the region of northern Hessen return to the centre of Germany and of Europe.  In the modern era, Kassel is experiencing a dynamic phase of new directions in which the university is actively involved. The city boasts many places of interest, most notably the beautiful hillside park around the castle of Wilhelmshöhe and the Habichtswald nature reserve, as well as many other parks and leisure areas. Kassel is a city of cultural wealth and variety. There is a theatre, an opera house and a large number of museums. Every five years the “documenta” exhibition of contemporary art attracts hundreds of thousands of visitors. Kassel is also the city of the Brothers Grimm, collectors of fairy tales and authors of the first dictionary of the German language.

At the heart of Germany and Europe, Kassel is developing into an attractive centre for science, art and culture – strong in the fields of industry, services and innovative technology.

Kassel is famous for its unique spacious landscapes, especially the riverside meadows known as the Karlsaue and the Fuldaaue, and of course the spectacular Wilhelmshöhe – this is Europe´s largest hillside park and includes a castle, famous art collections and the Hercules statue, the city´s most famous and visible landmark. The Wilhelmshöhe has recently been declared a World Cultural Heritage site. It is also very significant to note that two-thirds of the overall Kassel area is green.

Kassel was the residence and workplace of the renowned Brothers Grimm; the library at which they once worked as librarians now belongs to the university library system. The famous brothers also founded modern German studies through their scientific work, and compiled major parts of their world-famous fairytale collection here in the city of Kassel. Every year the University of Kassel appoints an outstanding writer and German philologist to a Brothers Grimm professorship. Kassel has an international reputation as a city of art, with works ranging from antiquity to the modern period.  Kassel is host to excellent museums and galleries, a School of Art and Design, and of course the “documenta” contemporary art exhibition that takes place here every five years.

Science has been part of the city of Kassel since the 16th century. A university was founded here as early as 1633; as a result of the Thirty Years’ War, however, it only existed for 20 years. In 1777, the Kassel Art Academy initiated the long-standing tradition of art instruction at the University of Kassel. On top of such a cultural and educational history, the expansion of the University of Kassel from 1971 onwards has brought about the dynamic cultural, economic, and social impulses that characterise Kassel as a university city today. Kassel has thus become a prime example of European urban development, with a marvellous heritage combined with upheavals and contradictions.

With the transformation of the former Henschel Works into a modern campus, the university has made a distinct urban-planning mark on the city centre. Since 1989, the city campus “Holländischer Platz”, which lies between the city centre and Nordstadt, has been developing into a lively city quarter. Many visitors regard it as one of the most beautiful campuses in Germany. The State of Hessen intends to invest more than 200 million Euro by 2015, part of which will be used to locate more faculties and install a state-of-the-art infrastructure at the Holländischer Platz campus.