To celebrate the 20th anniversary of CINSaT a 3-day international workshop with 19 external guest speakers from Germany and Europe was organized.

In July 2000, professors at the University of Kassel formed a loose association of scientist interested in the nanoscience. Here, the interdisciplinary nature of this field was already apparent since those professors came from physics, biology, chemistry, and electrical engineering alike. Over two years later, in November 2002, the University of Kassel founded the CINSaT with eight founding members, among them are four that are still members of the CINSaT today: Prof. Baumert, Prof. Hillmer, Prof. Maniak and Prof. Siemeling. In the following 20 years the CINSaT has grown considerably, and we are happy to report that the CINSaT has now 36 members. Those members are publishing more articles, attracting more funds, and supervising more doctorates than ever before. For the celebration of the 20th anniversary of CINSaT, a 3-day international workshop was organized with high profile guest speakers, an interesting cultural program and a festive banquet which suits the occasion.

The workshop took place at the Tagungszentrum Südflügel which is a renovated part of the Kassel central station. 124 participants joined the workshops from Wednesday, May 30th to Friday, June 2nd, 2022. The first day started with the opening speech given by our current CINSaT speaker Prof. Reithmaier. He gave an overview over the history of the CINSaT and reminded of the first speaker and leading initiator of the CINSaT, Prof. Träger, who unfortunately passed away earlier this year. After the opening speech, Prof. Wachendorf, vice-president for research at the University of Kassel, brought greeting from the University administration and stated that the CINSaT will only be growing when it takes over the management of the newly build Nanotechnology Center (NTC), which is planned to be completed in the late 2020s at the main campus. After greeting notes by representatives of the faculties that have members participating in the CINSaT, the scientific program started with the Nanophotonics session. Opened by Prof. Vahid Sandoghdar from the Max Planck Institute for the Science of Light, followed by Prof. Dieter Bimberg (Bimberg Chinese-German Center for Green Photonics, GER/CHN) and Prof. David Gershoni (Technion, ISR). After a short lunch break the cultural program started.

The first part of the cultural program was a visit and guided tour of the UNCESO World Heritage Site Bergpark Wilhelmshöhe with the 300-year-old water features. Via bus transfer the workshop participants were brought to the Hercules statue where they met their guides for the afternoon. After a short visit to the Hercules statue, the water features started accompanied by an overwhelming noise produced by air that is forced through trumpets by the pushing water masses. The next 2 hours the participants were following the water down the Bergpark along the individual stations like the Devil’s Bridge and the Aqueduct and listened to explanations of the guides. At the end the water was released for the last time in a 50-meter-high fountain showcasing the sheer force that is produced only by gravity. After walking for more than 3 hours the participants were transported back and could relax for the next few hours until the festive banquet started at the Alte Brüderkirche in Kassel, a 700-year-old redundant church. The guests were welcomed in a reception with musical accompaniment by the XYjazZ Bigband of the University of Göttingen. After the three-course menu a concert by the XYjazZ Bigband was played which was very well received by all participants and late at night the first day ended. 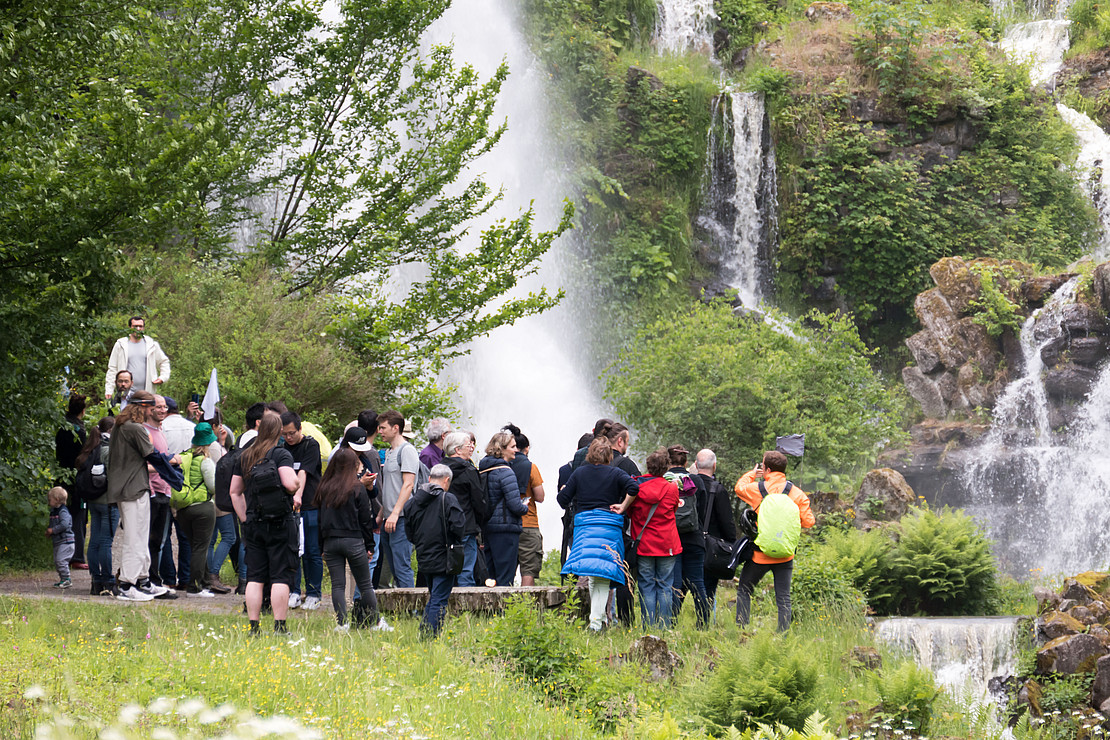 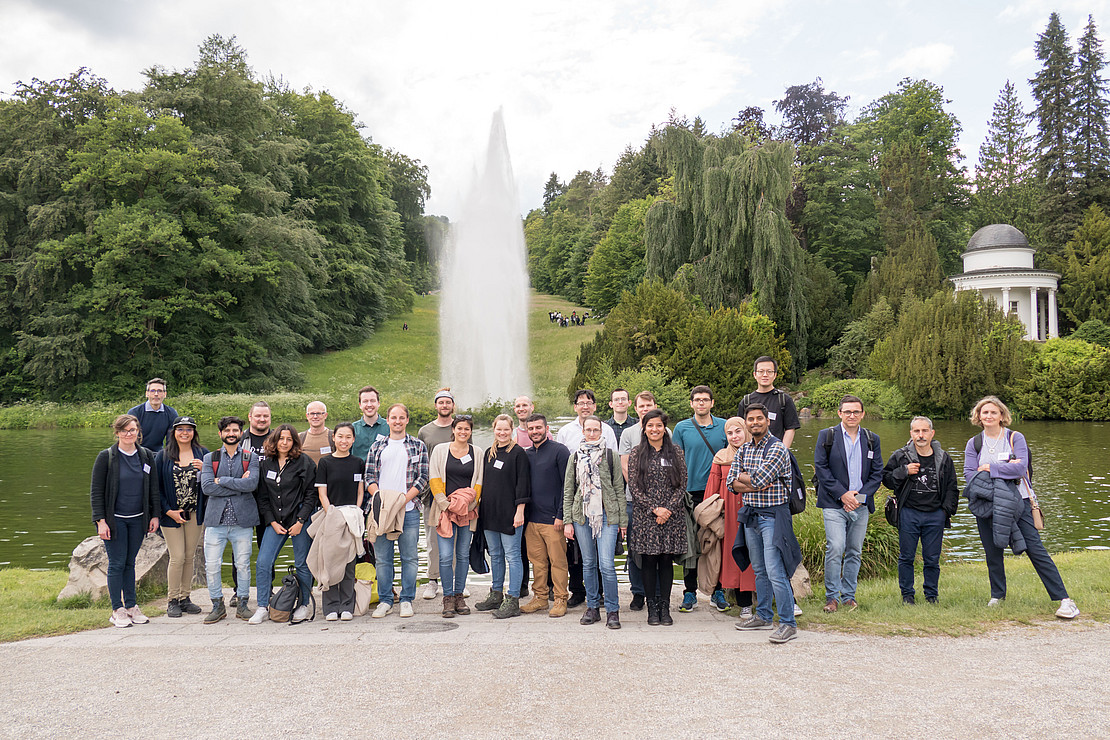 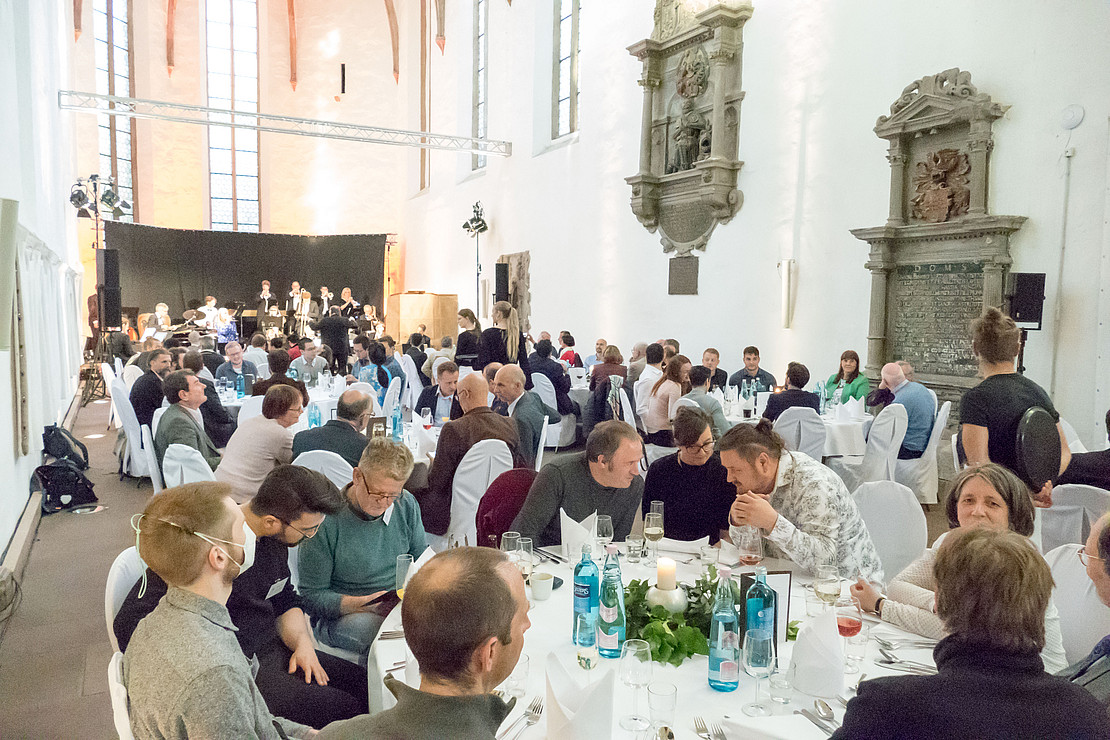 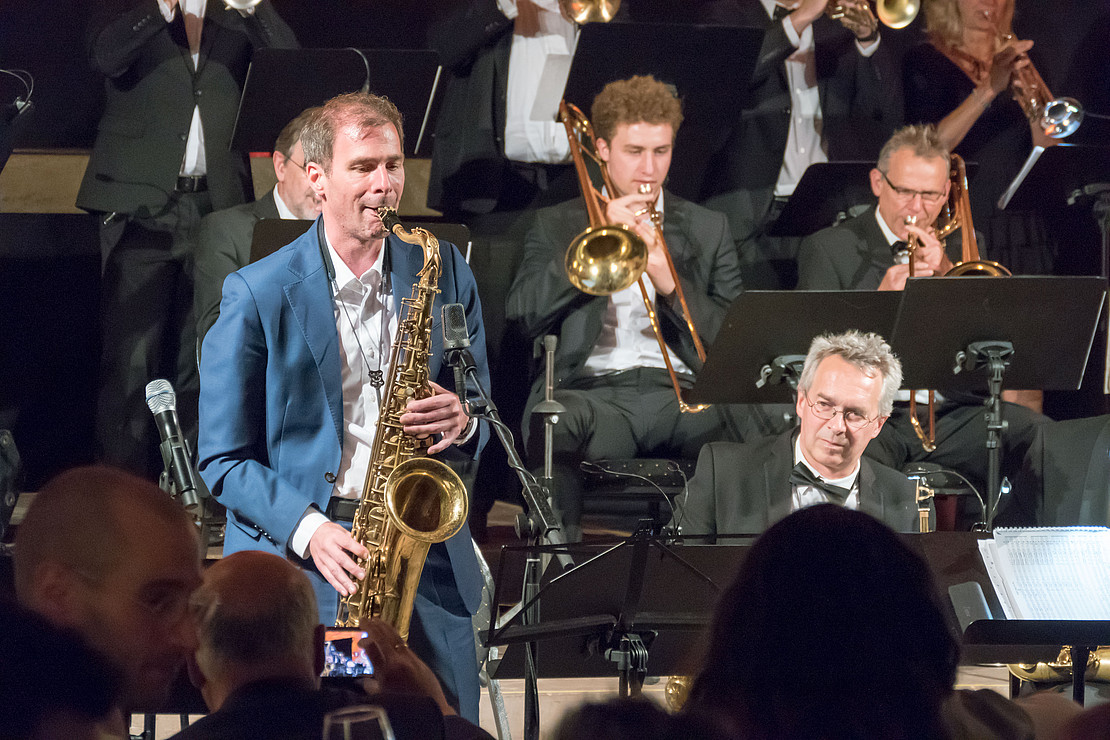 The second day was completely dedicated to science packed with talks and a poster session in the evening where the co-workers of the CINSaT members presented their current research. Before lunch three sessions took place. First the Chiral Structures session featuring talks by Prof. Wörner (ETH Zürich, CH) and Prof. Powis (University of Nottingham, UK), followed by the Characterization of Nano- and Microstructured Materials session with talks from Prof. Schneider (HU Berlin & Helmholtz-Zentrum Berlin) and Prof. Gutmann (STFC, UK), and lastly the Physics and Applications Based on 2D Materials session with talks given by Prof. Bacher (University of Duisburg-Essen) and Prof. Molenkamp (University of Würzburg). After lunch the session 3D Nanostructures started with talks by Prof. Strehle (TU Illmenau) and Prof. Seifert (CIC nanoGUNE, ESP) followed by the last session fo the day called Quantum Dot Devices with talks from Prof. Eisenstein (Technion, ISR), Prof. Grillot (Télécom Paris, FR) and Prof. Gioannini (Politechnico di Torino, ITA). After sitting the whole day for 11 talks all participants enjoyed the good sunny weather, a cool beer and some pretzels while looking at the posters that show the current research of the CINSaT. As the last discussions ended, so did the second day of the workshop. 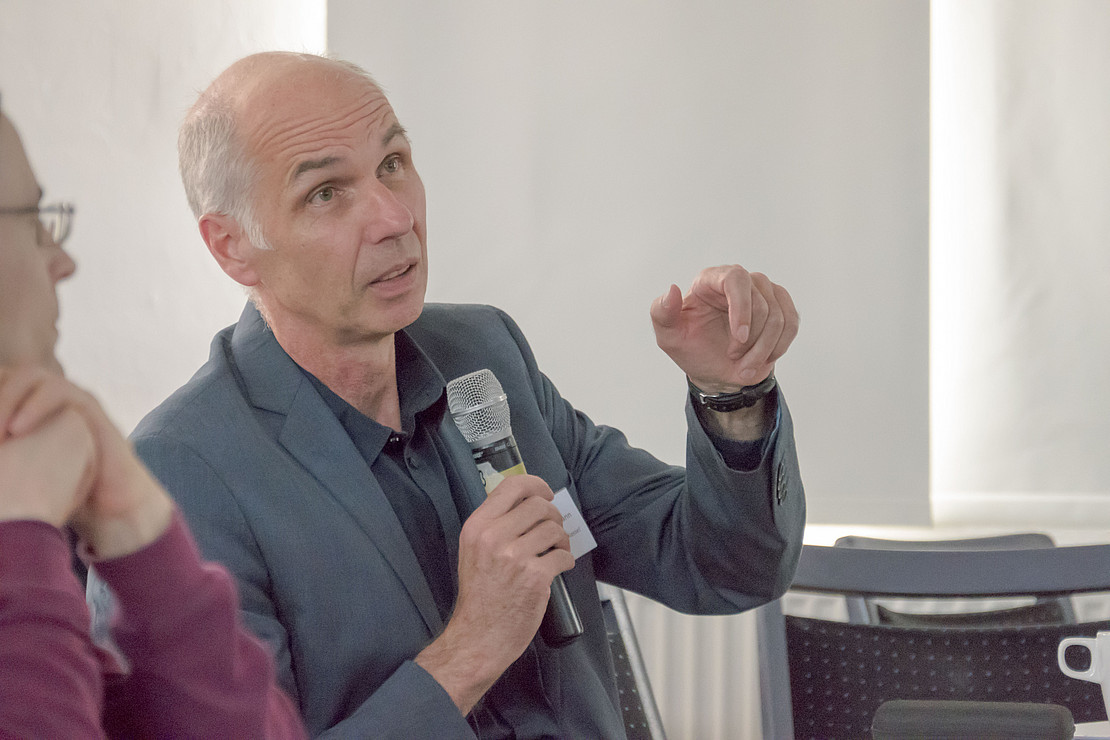 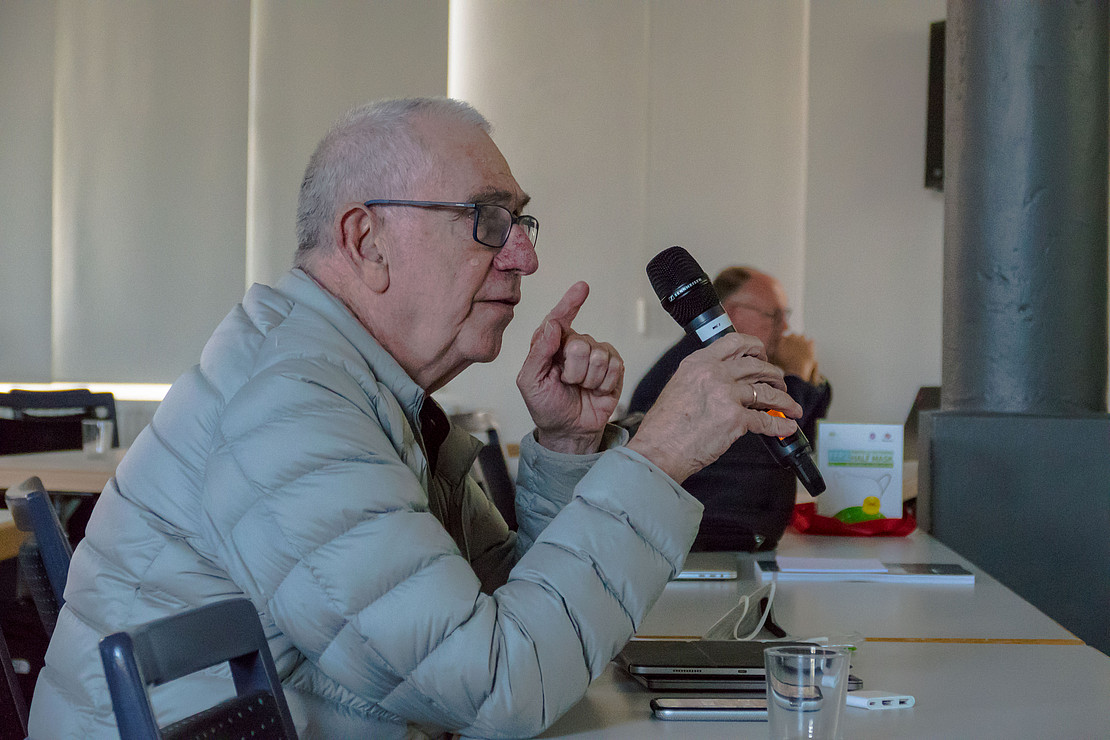 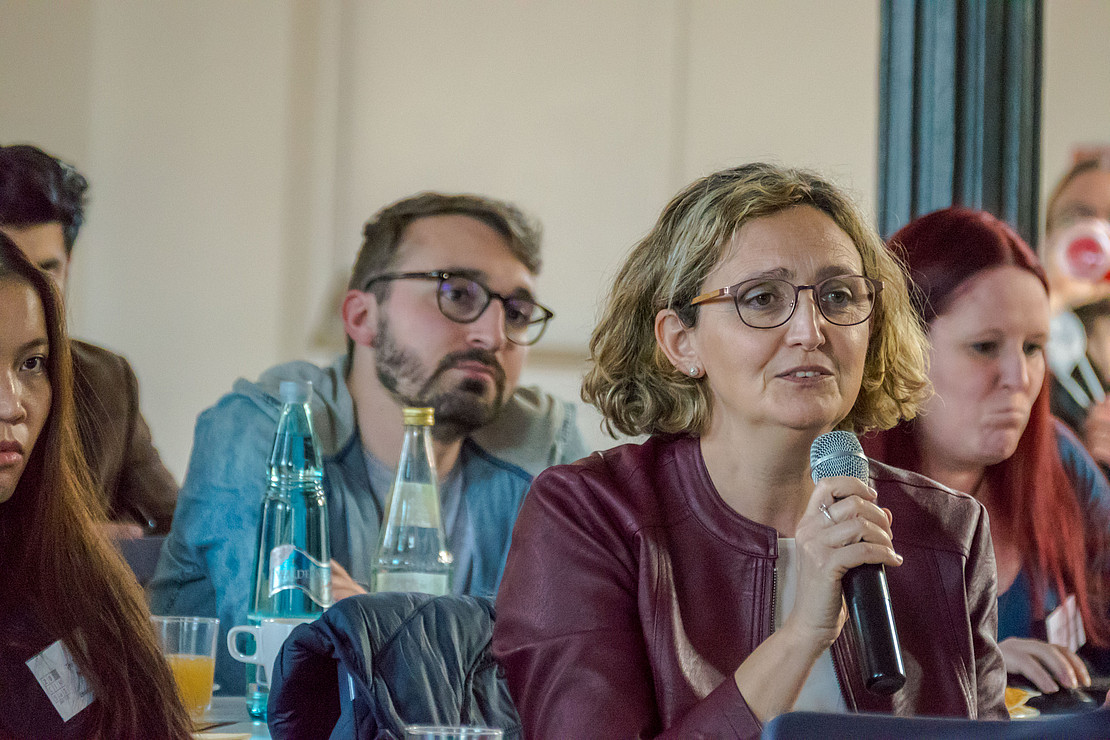 The third and last day of the workshop started with the session Imaging and Assembly of Biological Systems on the Nanoscale with two talks from Prof. Sundberg and Prof. Jussi Toppari (both University of Jyväskylä FIN) and a talk by Prof. Skruzny (EMPL Heidelberg). The last session was called Quantum Optics with talks by Prof. Sek (Wroclaw university of Science and Technology, PL) and Prof. De Rossi (THALES, FR). With this the scientific program ended and Prof. Reithmaier gave closing remarks to the audience, thanking all the speakers, all contributors, and all participants to make this workshop a success and a worthy event to celebrate 20 years of CINSaT. After lunch the workshop ended and we are looking forward to the next milestone, the 25th anniversary of CINSaT in 2027. 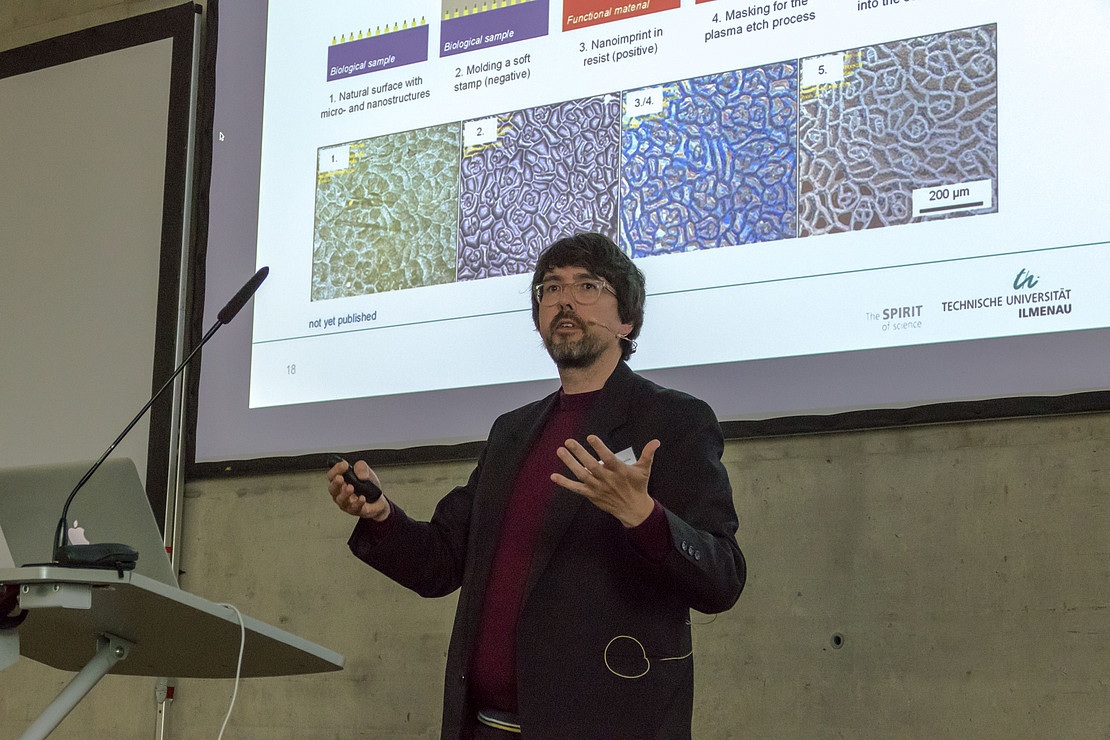 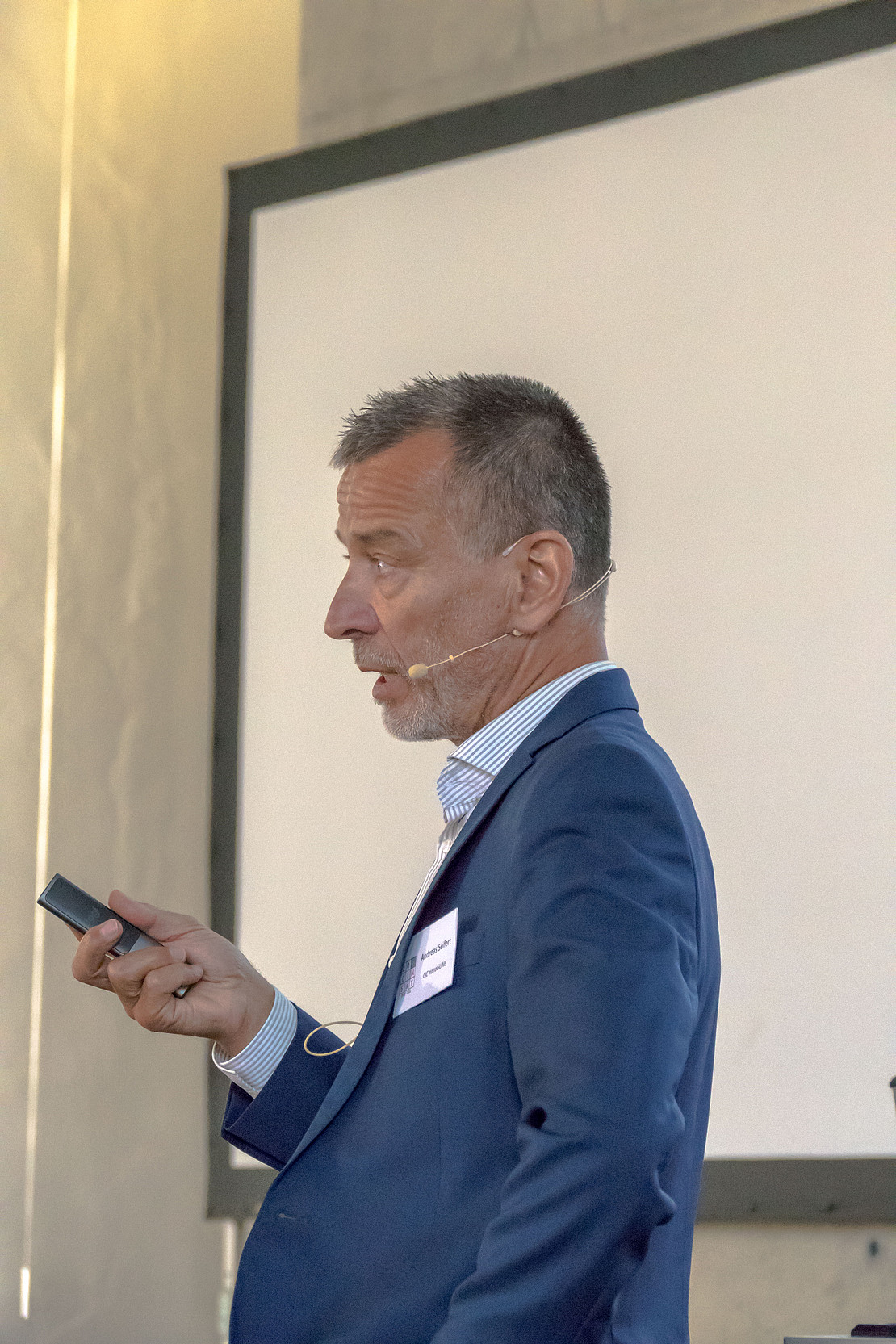 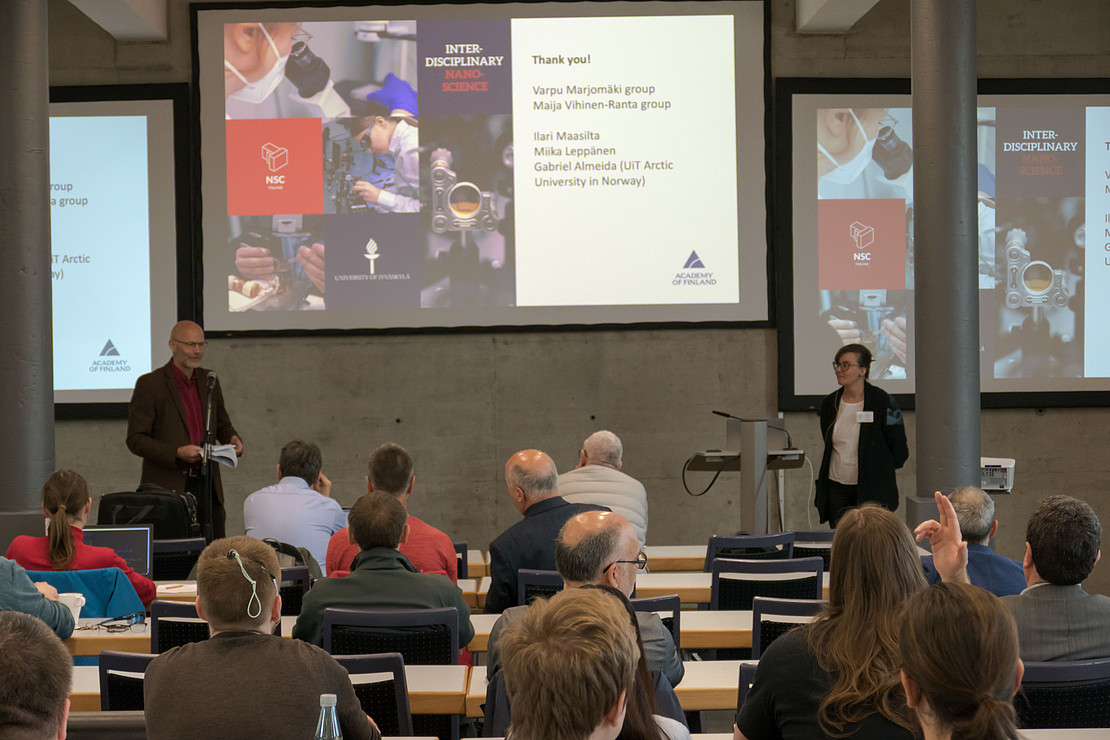 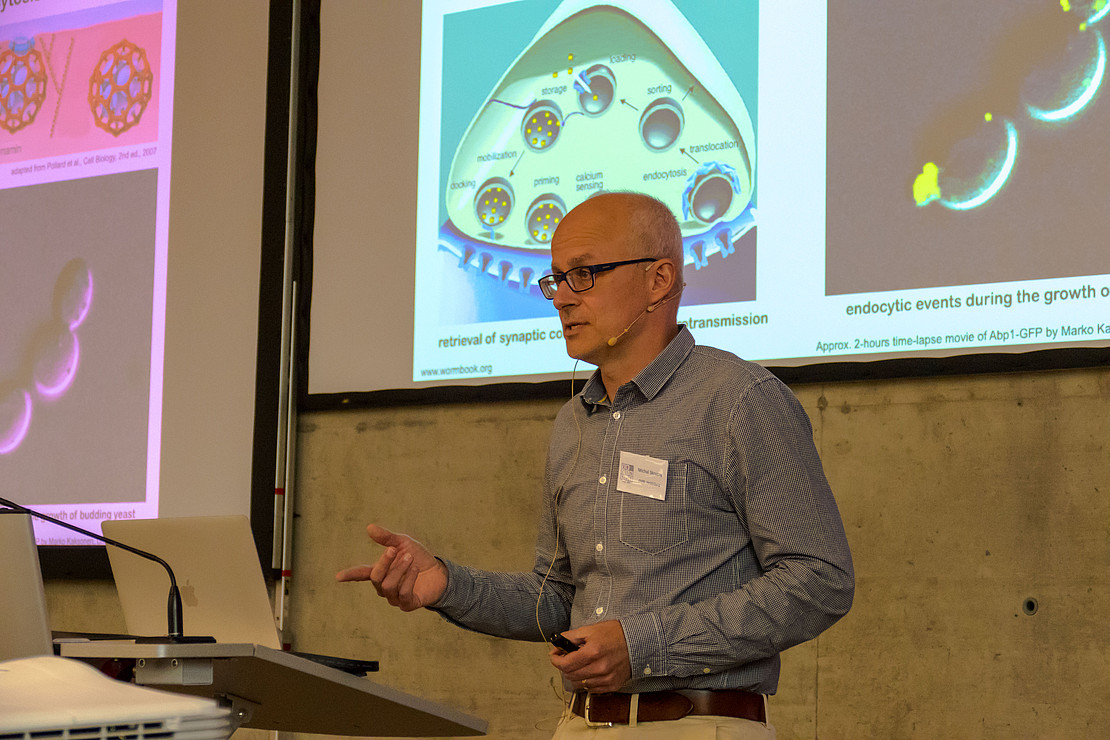